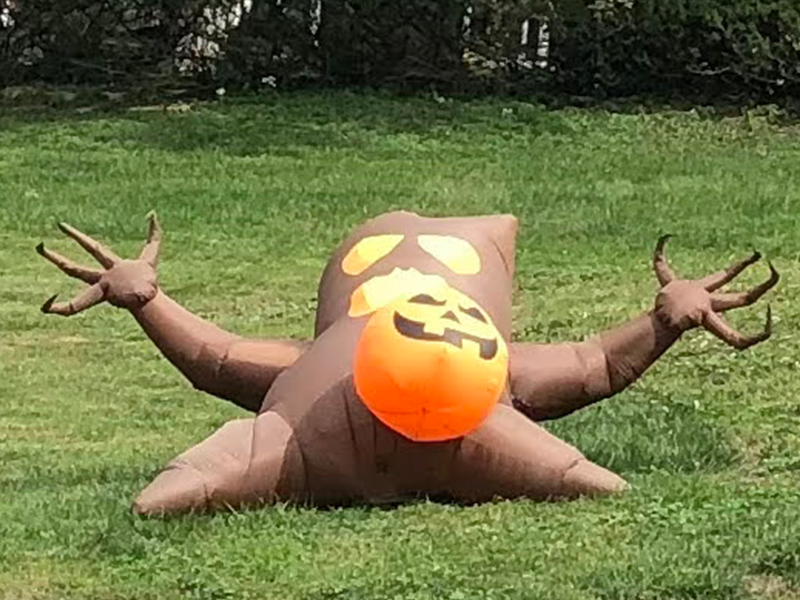 Check out these high-tech Halloween creations and unleash your creativity on those unsuspecting goblins!

It’s that time of year again! The kiddies will come around in droves, dressed as Power Rangers, Princess Elsa and Kylo Ren, looking to acquire your precious peanut-butter cups and snickers bars. If they knock on the door and say “trick or treat,” you gotta give up the goods. But, if they’re scared off before they even make it through the yard…more butterfingers for you!

There are a million ways to make a “low-tech” Halloween scare, but we’re going to let the machines do the work this year. Here are our favorite creative, high-tech, engineered Halloween pranks!

Go behind the scenes with the top MFG Marketers

Zombie powered by Bimba Cylinders: Have an old walker, a zombie mask and a few hours to spare? Learn how the “Scare Factory” used some common items and a few high-tech Bimba components to bring this terrifying zombie to life! (Bimba even uses it to scare “Zombified” attendees at their trade shows!)

Ghost Drone: You had a drone. Now, you’ve got a horrifying, flying banshee with a skeleton face. Drop the mic Dr. Frankenstein, you just won Halloween.

Monster hand candy bowl: This is the “set-it and forget-it” of Halloween pranks. It can be done low-tech, by cutting a big hole in the bottom of a plastic punch-bowl and waiting for an unsuspecting goblin to reach for the candy. As soon as they grab a kit-kat…gotcha! They’re scared outta their skin! The zombie-hand does all that, but in more of a Ron Popeil sort of way. It has a motion sensor which triggers a robotic hand when an unsuspecting visitor gets too close!

Alexa the Ghost with Amazon Echo: By now you’re probably familiar with the Amazon Echo and it’s voice-activated personal assistant “Alexa.” It already does dozens of cool things, but every day there are creative coders, and engineers coming up with even cooler things it can do! Turn yours into a creepy ghost controlled by your voice!

CNC Pumpkin Carving: Sick of the amateur-hour, gap-tooth pumpkins you’ve been carving with that rusty steak-knife? Fire up the laser-guided CNC router and slice that gourd like an irritable terminator with a fiber deficiency!

Creepy Clown Drone: Pretty much same as above – but the world has lost their minds for creepy clowns in 2016.