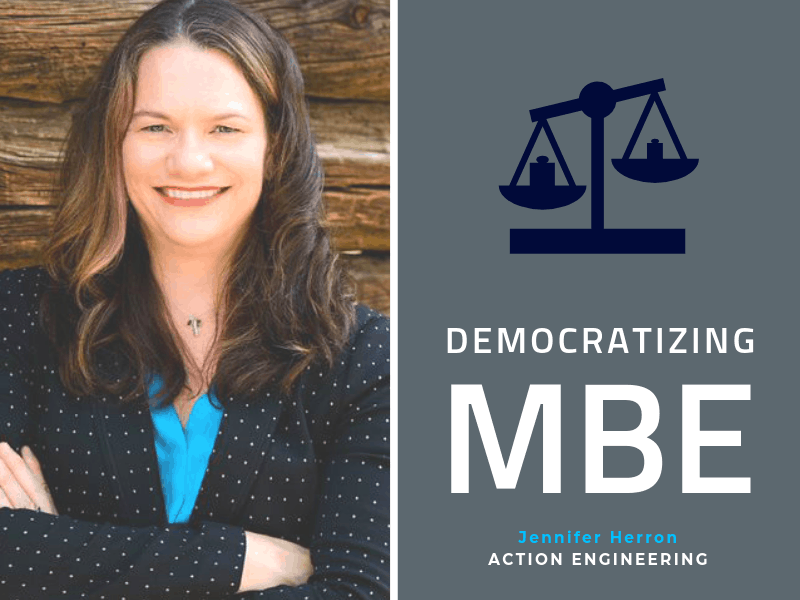 Moving from “Why is MBE Important?” to “How do we deploy MBE?”

I recently returned from the MBE Summit 2019 that took place April 1-4, 2019 at the National Institute of Standards and Technology (NIST) in Gaithersburg, Maryland where the theme of this year’s event was “Democratizing the Implementation of MBE”.

From the beginning, the goal of the MBE Summit has always been to identify challenges, research, implementation issues, and lessons learned in design, manufacturing, quality assurance, and sustainment of products and processes where a digital 3D model of a product serves as the authoritative information source of truth for all activities in a product’s lifecycle.

This year’s Summit emphasized the fact that the model-based community is finally moving beyond the question of “Why is MBE important?” to “How do we deploy MBE?”. The event focused on highlighting the history of MBE as well as practical real-world implementations of MBE with papers presented by academia, government and industry practitioners.

Not too surprisingly, many of the attendees were checking out MBE for the first time. Attendance was due, at least partly, thanks to NIST’s ability to offer this event without registration fees. This is key to MBE adoption because when a game-changing technology and supporting organization are relatively young, the ability to “check it out” without a large financial commitment to attend is huge. Although I did concur with a lot what was presented at the Summit, sometimes I personally struggle with including systems engineering into the Model-Based environment, because our business is so completely focused on the hardware aspects and integration of MBE. However, I do get it, and we have to look to the future and start working on it.

I am all for connecting system level requirements that are decomposed to a level to control hardware design, but I worry about over-inflating the expectation that system-level requirements can be directly related to hardware geometry generation, such as generative design.

However, I would caution that Model-Based Systems Engineering (MBSE) today is where we were with hardware MBE 10 years ago.

This was my 10th year at the MBE Summit, and I was surprised that I continue to meet folks that are completely unaware of MBE and its history. However, I have empathy for them because I also remember not knowing the story and its potential impact myself 10 years ago.

The Quality Information Framework (QIF) was presented in a big way. In fact, I’d call it the “QIF Show” of the Summit. Because I am on the Digital Metrology Standards Consortium (DMSC) board of directors, I can vouch for the fact that the DMSC really did very little to promote how much QIF was discussed at the MBE Summit. Projects showcasing QIF just magically appeared on their own.

A couple interesting moments that took place during the QIF Round Table conversation included:

For the most part, folks were excited about the opportunities in quality assurance where they might leverage QIF, particularly as they gain greater understanding of the power of QIF and its interoperability between all CAD and metrology software.

Some of my major takeaways from the Summit included the fact that the Office of the Secretary of Defense is fully dedicated to Model-Based Systems Engineering. There were multiple presentations, workshops and calls for participation and adherence to upcoming standards. Philomena Zimmerman, Deputy Director, Engineering Tools and Environments at United States Department of Defense, kicked off this “Call to Action”.

In the end, my final thought is that MBE adoption is increasing and expanding. If you aren’t embracing MBE yet, you should, because many of your competitors probably are!

Next year’s MBE Summit is tentatively scheduled for April 2020 at NIST in Gaithersburg, Maryland.

Jennifer Herron is the CEO of Action Engineering, a registered Women-Owned Small Business that specializes in guiding organizations through their transformation into a Model-Based Enterprise (MBE) using Model-Based Definition (MBD). She serves on the Board of Directors of the Digital Metrology Standards Consortium (DMSC) which maintains the QIF and DMIS standards. Ms. Herron has extensive experience with hardware design for spaceflight and military systems, and as such, is an expert in multiple CAD packages (e.g. Creo, NX, SOLIDWORKS, Inventor). She holds a patent for a snake propulsion mechanism and is the author of Re-Use Your CAD: The Model-Based CAD Handbook. Because standards are the lynchpin to a digital transformation, she also serves on the American Society of Mechanical Engineers (ASME) as chair of the ASME Y14.46 Subcommittee on Product Definition for Additive Manufacturing (AM), ASME Y14.47 Digital Product Definition Data: Model Organization Schema Practices, ASME Y14.37 Composite Part Drawings, and the newly formed ASME MBE Steering Committee.