3D Printing Has Made Incredible Feats, but Can It Also Answer the Housing Crisis?

What if you could build a house in just 24 hours? Actually, you don’t have to. This 3D printing machine can do that for you.

3D printing has inspired some remarkable designs over the last decade. From engineers to fashion designers, anyone has used 3D printing to bring their ideas to life, meanwhile saving time and money. Innovators are also harnessing the power of 3D printing to solve worldwide problems ― think 3D printed organs and recyclable cars.

But what about using 3D printing to solve another problem: housing? Apis Cor wanted to prove that not only could they print a house using a 3D printing machine but that they could do it in less than 24 hours. Together with PIK companies, they printed the first on-site house in Stupino, Russia. Unlike other 3D printed houses, the machine printed the house as a whole rather than component parts.

The yellow, three-pronged, tycoon-shaped house is just 38 m2 and one story tall. The unusual shape of the house was purposeful. Apis Cor wanted to show the machine’s flexibility and diversity in formats available.

Inside, there’s a hall, bathroom, living room and compact functional kitchen complete with modern Samsung appliances. It also has a washing machine that lets you add forgotten laundry and detergent to a running load without starting over (score!). If that’s not cool enough, you can also control it remotely via your smartphone. 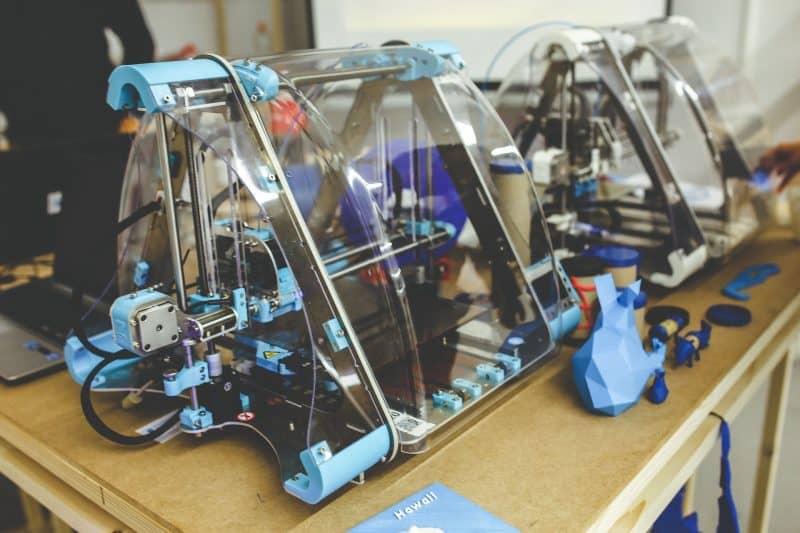 The team used concrete as the printing “ink” to construct the house, which presented a challenge. The build took place in 2016 during the coldest time of the year, where temperatures average 17-26°F. Although the machine can operate at temperatures below -31°F, the concrete mixture only works above 41°F.

Apis Cor solved this problem by pitching a large tent around the machine to control the temperature. With new materials like geopolymers, companies can soon print houses any time of the year.

After the walls were printed, the team applied insulation and a roof to withstand the snowy winter. They touched-up the house with eco-friendly, weather-resistant paint and climate-control windows.

What are the saving – if any – of 3D printing houses?

In total, the build cost $10,134 equal to approximately $275 per m2. A square printed house using more standard materials would have cost just $233 per m2. Additionally, 3D printing houses erases the risk of human error during construction.

Typical construction cost for anything from houses to hotels can range from $810 to $2,650 per m2, according to Mortgage House. And that’s on the low end of construction costs. Furthermore, building a standard cottage house can take up to 2 months to complete.

Apis Cor believes this house in Stupino is a big leap to a new evolutionary stage. Going forward, they hope that this build can convince others worldwide that 3D printing is a reality in the construction market. An answer to the housing crisis?

For the housing crisis worldwide, this offers an innovative and achievable solution for lack of housing. As 3D printing advances and becomes more popular, countries can use this technology to meet the demands for more affordable housing in any climate. And, they can build the houses faster than ever before.